Can you believe it’s not even midnight on Sunday, and we started our fence project less than a week ago?!  Neither can I.

Andrew and I aren’t exactly known for the speediness with which we complete our projects.

After clearing the brush on Monday, and having the holes dug on Tuesday, our dear friend, Dale, came over both Thursday and Friday afternoons to help.  Without him, this fence would not be finished right now, I can assure you of that.

On Thursday, Dale helped Andrew get the first–and hardest–post level and set.  Later that night, Andrew set both posts in concrete.

As with most projects, there always seems to be a ‘two steps forward, one step back’ situation.  For us, that was multiple holes that didn’t line up with the fence-line, which is unavoidable yet still frustrating.  Add in a few tree roots and giant rocks, and you’ve bought yourself a few extra hours on the project. 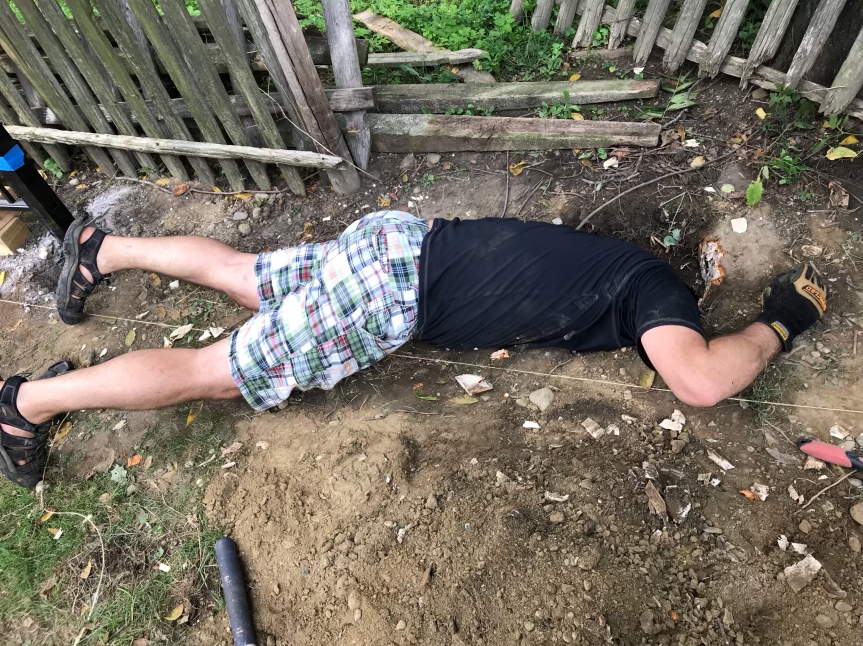 By the end of the evening Friday, Andrew, Dale and I had built one entire side of the fence.  All the panels were level and waiting only for concrete.

Because the fence panels were only set in gravel, we had to secure them overnight.  We found these clamps to be super helpful.  They were Dale’s, but I think a few might need to go in Andrew’s stocking this Christmas!

Andrew woke up bright and early Saturday morning and started prepping while I was on my morning run (with Dale).  By 10 am, we were at it again.  We had another couple sets of hands–some friends came over with their almost-one-year-old and we tag-teamed baby-holding and working–and the back fence-line came together by early afternoon.

Unfortunately, it was too late in the day to rent a concrete mixer (our initial plan), so we had to mix the bags by hand.  At approximately two bags per post-hole, that’s a lot of concrete! 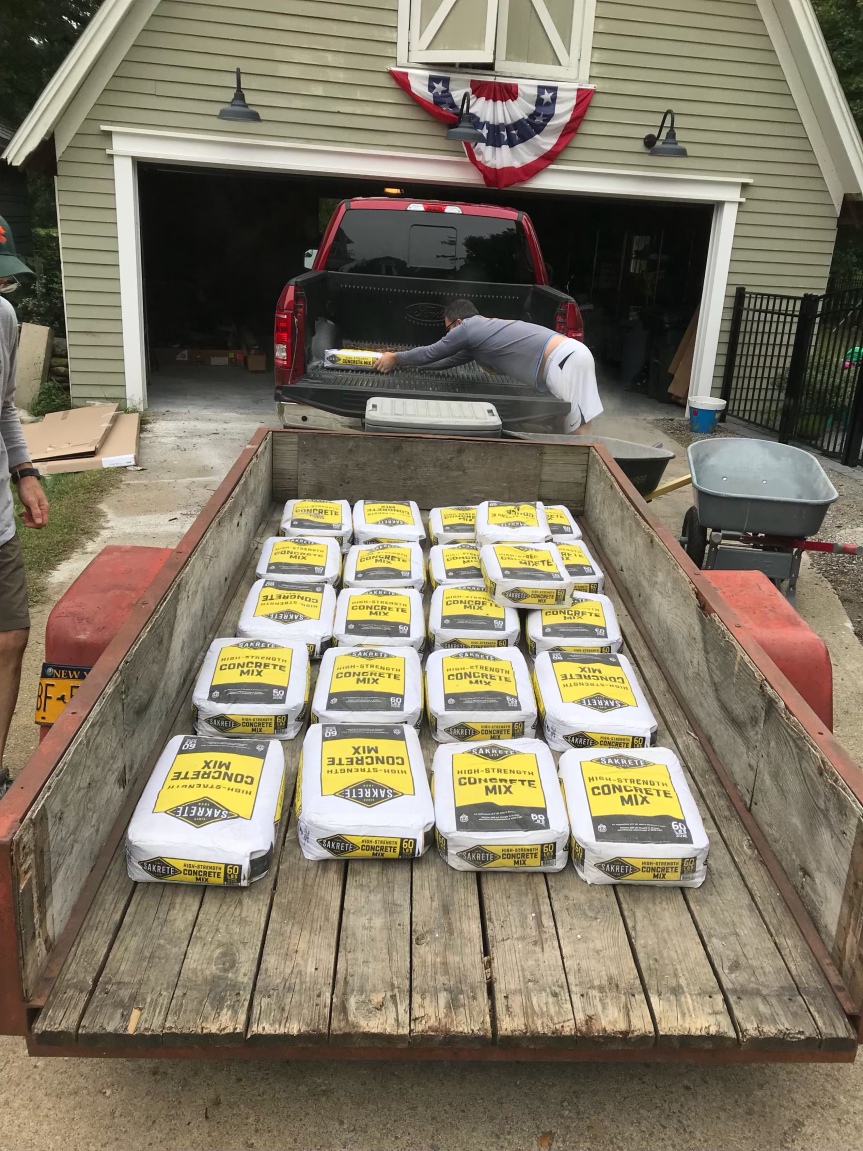 But, with three workers and two wheelbarrows of concrete going at a time, we were able to get all the holes filled before sunset–a major victory!

Andrew and I went to bed Saturday perhaps more relieved than we’d been all week.  With Hurricane Florence-related rains coming tonight and Andrew heading out of town on his annual Purdue recruiting trip for work, the fence REALLY had to be done this weekend.

We spent a few hours Sunday morning putting on the finishing touches, like removing all the tape and supports, and adding the back gate and caps to the posts.  We even put the tools away and picked up the garage (at least enough to get Andrew’s truck in there).

The fence truly looks amazing!  It’s such an improvement over the previous fences, and it will last a lifetime.  I’m already hoping one day soon we can add this fence to the other side of the yard (where we share a decent chain-link fence with our neighbors).