I sure did! (I still kinda can’t believe it.)  Without further ado, here’s the finished product: 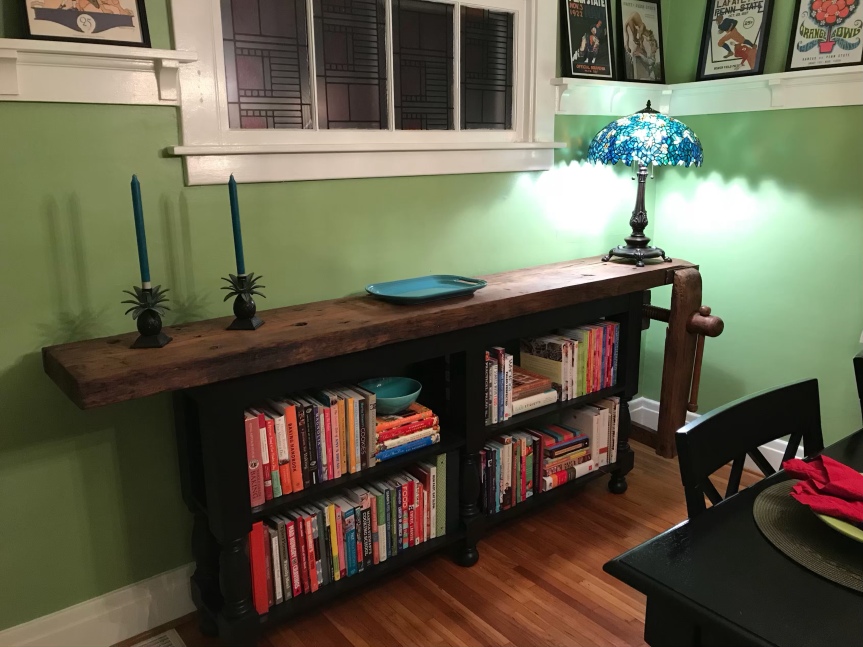 Read on for how I did it.

END_OF_DOCUMENT_TOKEN_TO_BE_REPLACED

Ok, so I might have had two of these for breakfast this morning:

Every Saturday, Andrew and I do a special breakfast together, and I usually keep what I’m going to make a surprise. This morning, it was cinnamon rolls from Joy the Baker’s cookbook. Susy gifted the book to me last year and every time I open it I want to bake my way through it, a la ‘Julie and Julia.’ Seriously, everything in the book is mouthwatering.

Let’s just say these were a hit, filled with a cinnamon, sugar, maple syrup mixture with chopped pecans and golden raisins. The gooey liquid was bubbling away as I pulled them out of the oven.  The picture above was taken before they were iced; I actually incorporated Pioneer Woman’s addition of maple flavor into the milk and powdered sugar icing.

*Note: I’ve been using PW’s cinnamon roll recipe since I got her cookbook awhile ago.  They are amazing and wonderful and to die for.  Her recipe also makes about 50, but she offers helpful freezing directions, so it’s all good.

The best part: the other half of the cinnamon rolls are in the freezer, just waiting to be devoured another day 🙂

I took this photo for a friend after she and I had talked cookbooks and I raved about how everything I’ve ever made out of these has been fantastic. 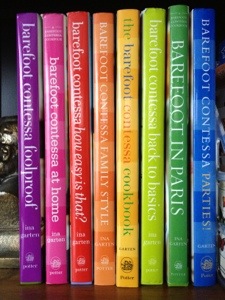 (Can you tell I’m a little OCD and that they have to be in rainbow-order AT ALL TIMES?  My mug collection is like that, too. I can’t stop myself from rearranging them each time I empty the dishwasher.)

Cookbooks that can double as decor!  Genius.

Anyway, just thought I’d share.  Whether you’re a beginner or advanced, into gourmet food or just good home cookin’, look no further than the Barefoot Contessa.  Each one reads like a book (at least they do to me) and the wealth of information I’ve gleaned is unreal.  She’s taught me how to steam potatoes, cook steak and get the chocolatey-est chocolate flavor ever.  Seriously, everything I’ve learned about cooking has been from the Food Network and Ina Garten herself.  She is my hero.

So, if you’re so inclined, go out and grab one for your collection today…or all eight.