It’s Reunion Weekend here in East Aurora.  That means the 5K, sidewalk chalk competition and sale and, of course, all the high school reunions.  Andrew’s is tonight at a local bar, Wallenwein’s Hotel.  Hi Bob! 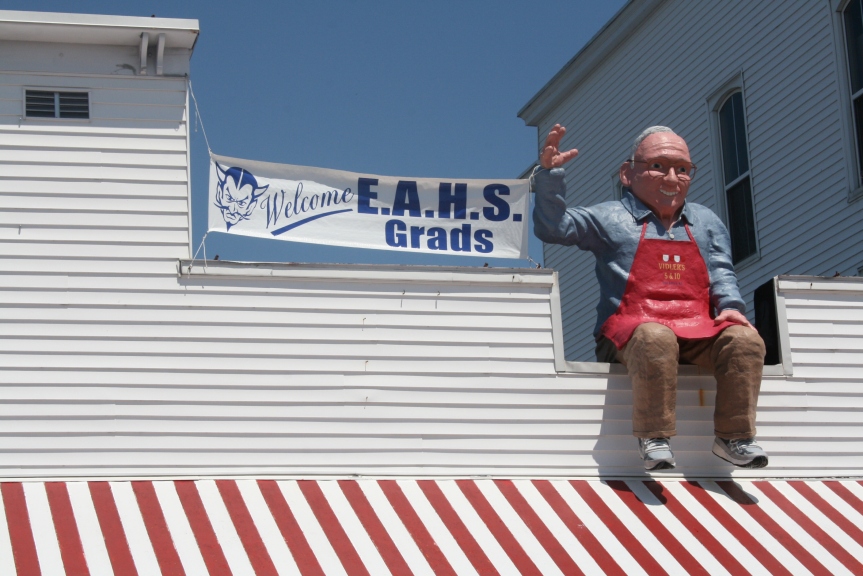 We started our day off with the RERUN 5K at Fireman’s Field.  It was the first time I’d been there, so it was neat to get acquainted with another part of the village.

Andrew: “This heat and that hill in the middle killed me.”

He threw his water at me. 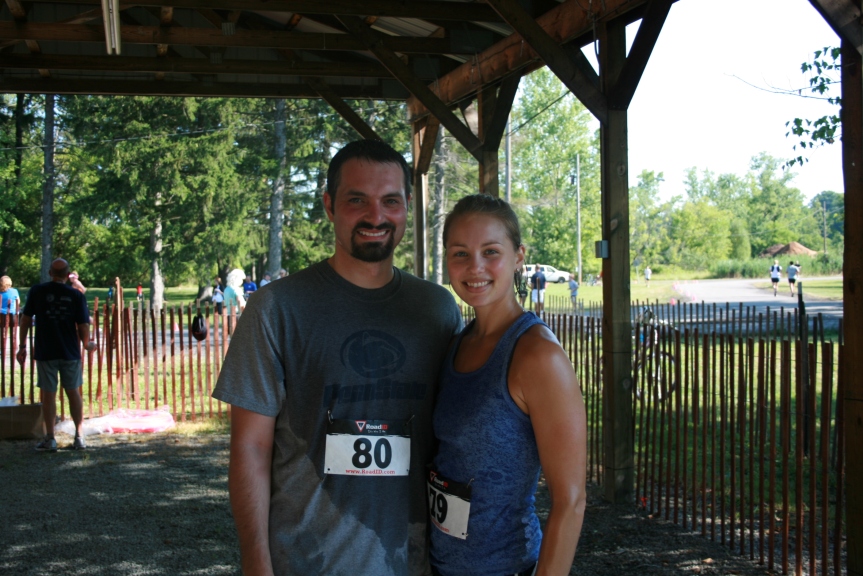 I LOVE just-ripe bananas!  And the Braeburn apples.  Did you know New York used to be the apple capital of the country, if not the world?  Apparently Washington has overtaken NY’s production.  Oh well, more for us!

There was also a one-mile kids’ fun run.  Adorable.

Guess what?!  I won my age group!  HOLY COW! This was a shocker, since despite the small size of the field, it was FULL of “real” runners.  Not that I’m NOT a runner, but you know what I’m talking about.  Teeny sports bras and compression shorts abounded. The overall female winner (with an 18-something time) is a college runner at Bucknell.  At least five or six youngsters (16-20 year-olds) smoked me.

I ran the 5K in 22 minutes flat, which is definitely my best time ever.  So proud! 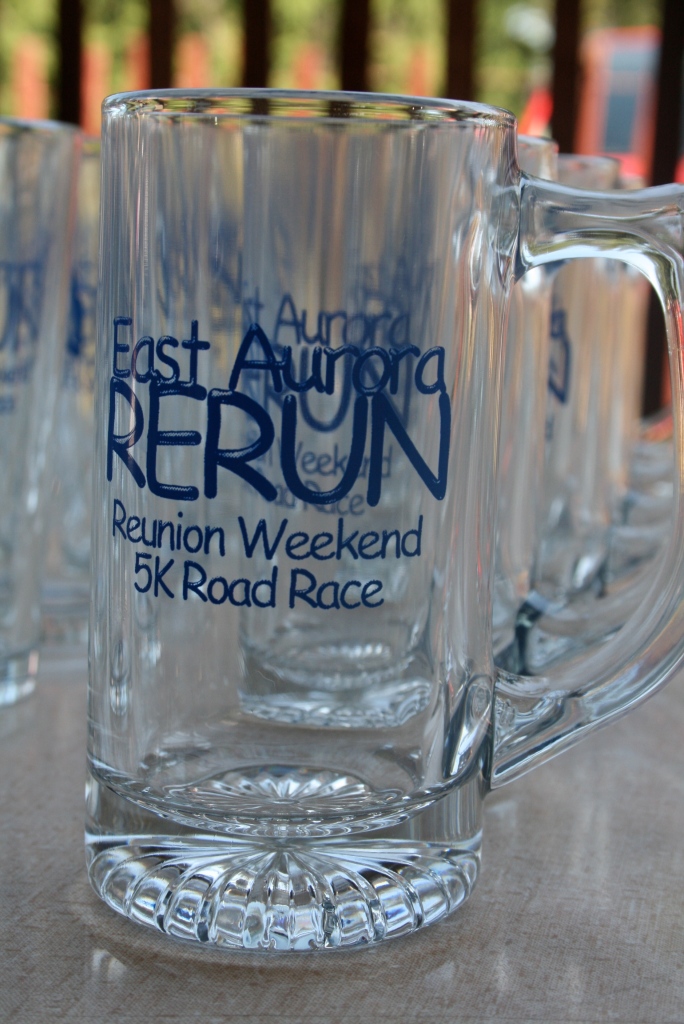 The awards were pint glasses and beer mugs.  I chose the pint because I love the size and collecting those with neat designs.  I picked up a couple colorful ones recently that are teal and brown and say “Buffalo Lounge.”  I can’t wait to use them in our future house. 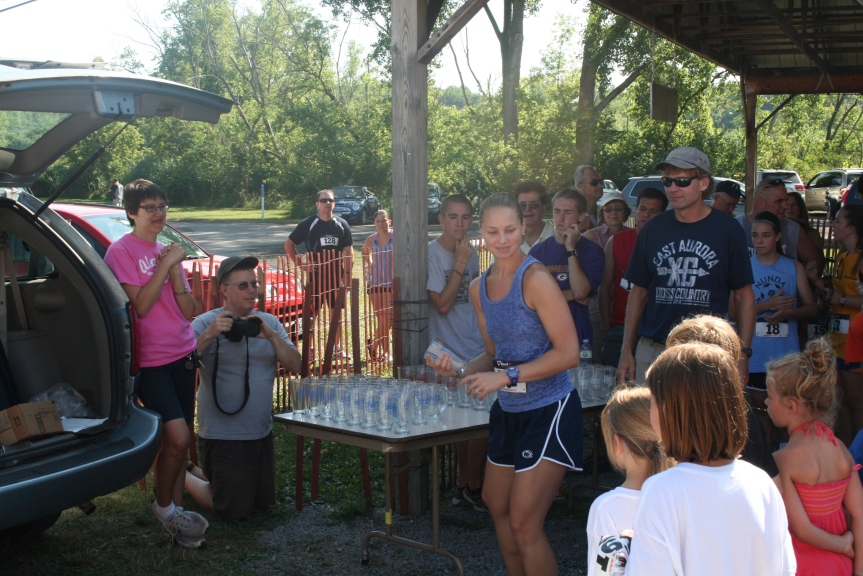 Check it out!  Andrew’s high school track and cross country coach was the one handing out the awards–neat! 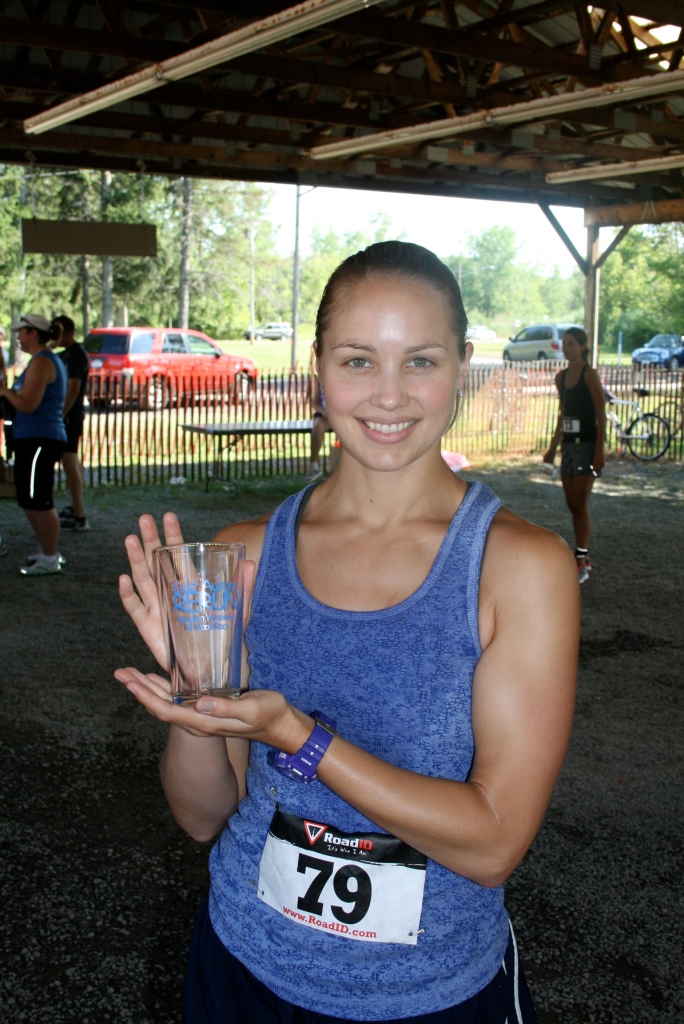 I’ve come so far as a runner from where I was in college; it’s hard not to be just ecstatic.

After the run we popped by the co-op.  Alix Martin and her team had started the mural project earlier this morning and I was supposed to take some photos of the progress.  I’ll link to that once it’s finished so you all can see!

We cleaned up at Andrew’s parents’ house, then headed over to Main Street for the sidewalk sale.  It’s an annual thing and all the shops along Main Street bring out their wares, as well as typical fair booths and festival food. 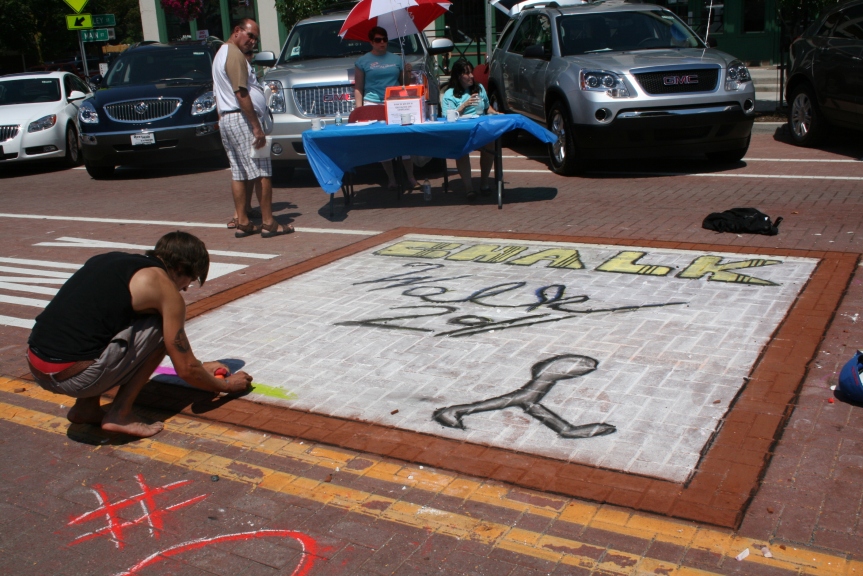 Kids hard at work on the piece that, I believe, took second place. 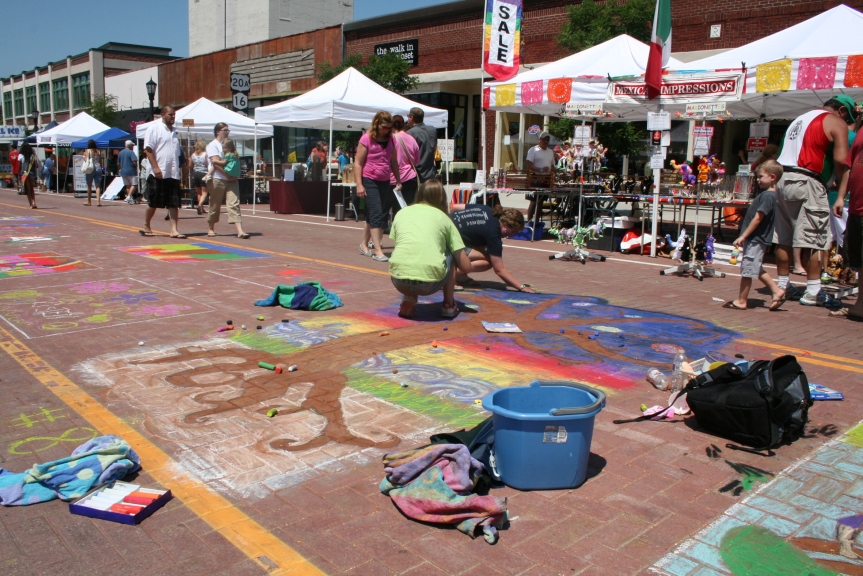 What fair would be complete without kettle corn? 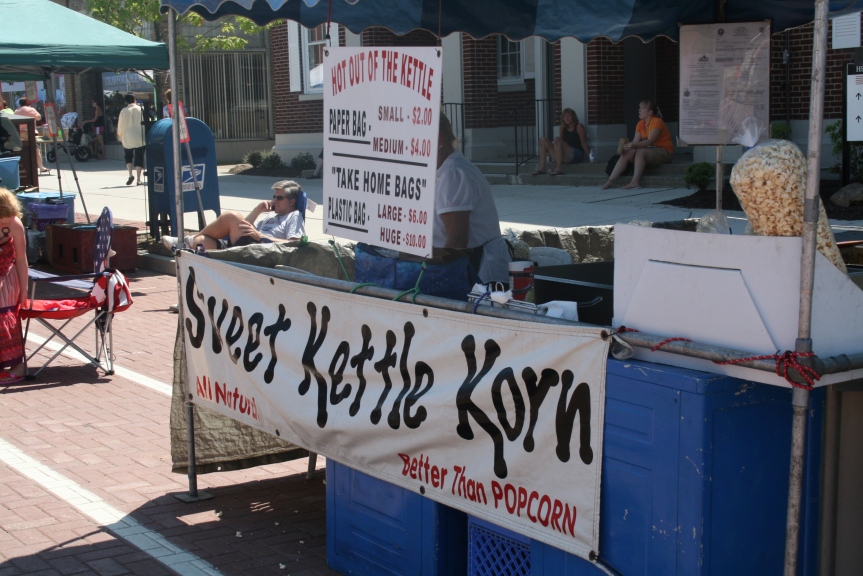 Andrew passed on the popcorn in favor of…

…FUNNEL CAKE!  I was full of self-control and only had two bites. 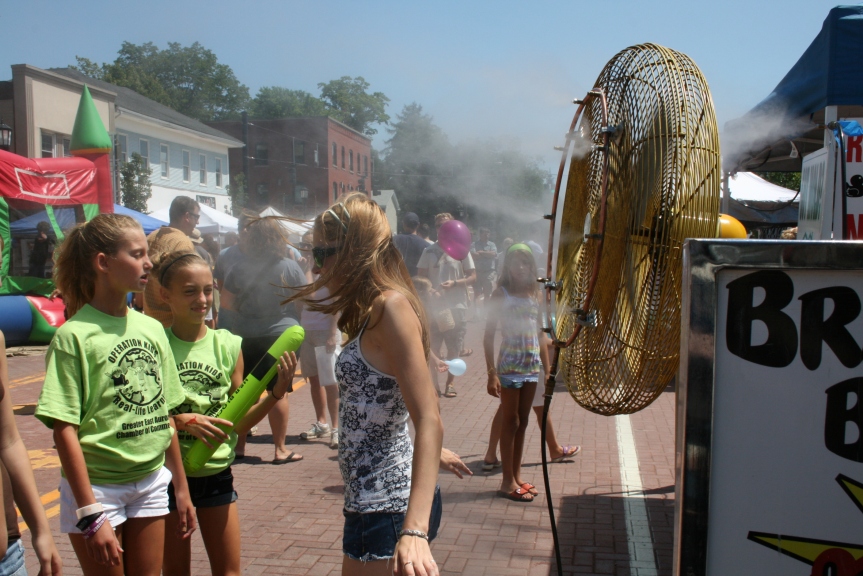 It was pretty steamy out (even I was getting warm!), so the mister was a hit with those who didn’t mind getting a little wet.

We took a break from the heat and headed into Tuscany on Main, the newest olive oil and vinegar store in town.  They were having tastings and we loved it.  We’ll definitely go back.  I tried fig, chocolate, blood orange and cherry balsamic vinegars, pear champagne vinegar and garlic olive oil.  DELICIOUSNESS! 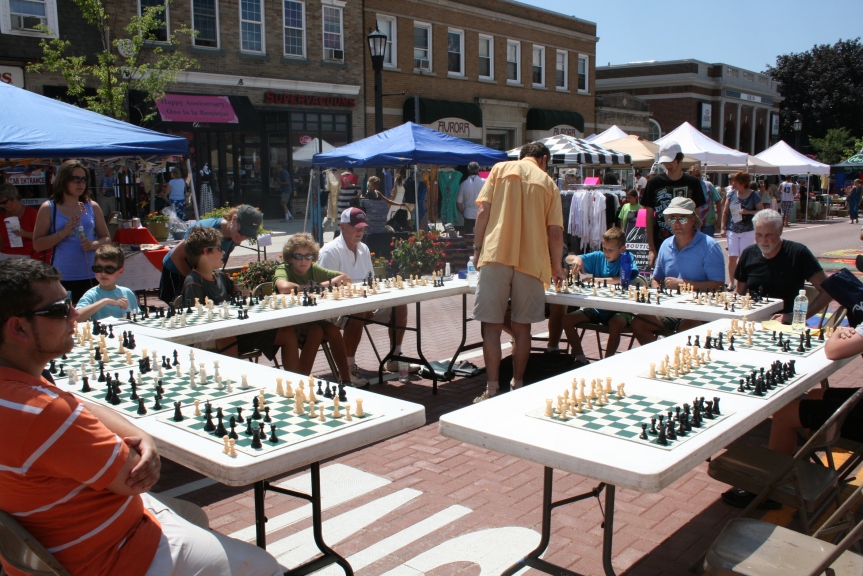 …and chess demonstrations, just to name a few.

We’re headed out in a few minutes for Andrew’s reunion–must go get ready!