I found out about something very new and very exciting last night as I was computering:  the East Aurora Cooperative Market.

Being the foodie I am, I was already familiar with what a co-op is, but if you’re not, here it is in a nutshell:  a member-owned grocery store that features fresh, seasonal and (most importantly) LOCAL food.  Co-ops aren’t the newest of ideas, and, if you really think about it, it’s such a logical idea you’ve got to wonder why more people haven’t been clamoring for them before now.

ANYWAY, last night I was google-ing for more information about the new bakery about to open in town, called (appropriately so) the Elm Street Bakery, and stumbled upon the EA Co-op site. Turns out that the Elm Street Bakery has been selling some of their wares Saturday mornings at the Co-op’s small office on Main Street.  I just had to check it out.

Here’s a shot (albeit a bad one) of the tiny co-op office.  It’s basically an information hub with space for the Elm Street Bakery and, in the back, a table where a local youngster was selling her family farm’s eggs.  They are just getting off the ground and are still recruiting member-owners and looking for a permanent location.

Andrew and I had a debate as to whether or not to bring the camera into the co-op…  I’m into documenting for the blog (I can’t even count the number of times I’ve regretted not having the camera) but he’s really the better photographer, yet neither of us like lugging the huge thing around.  Thankfully, we brought it in and after I snapped some photos, one of the co-op leaders asked if I was a photographer…  Long story short, the co-op is looking for volunteers and, namely, a NEWSLETTER!  The co-op is exactly the kind of thing I was looking to get involved with here in EA, so I’m pretty excited.

After leaving the co-op with lots of information and a loaf of fresh flaxseed and rye bread, we headed to the farmers’ market.

It was more lively than Wednesday morning, despite the overcast skies.  I was in a pretty jolly mood after such a great experience at the co-op (I’ve also been making a huge effort to introduce myself EVERYWHERE…I want to just jump into this tiny village with both feet and meet everyone!), so here’s Andrew having fun with the camera:

This is the shopping plaza just a bit from Main Street.  It has a Blockbuster, a liquor store, a small sporting goods store, a few others and the local Tops (basically a Kroger). 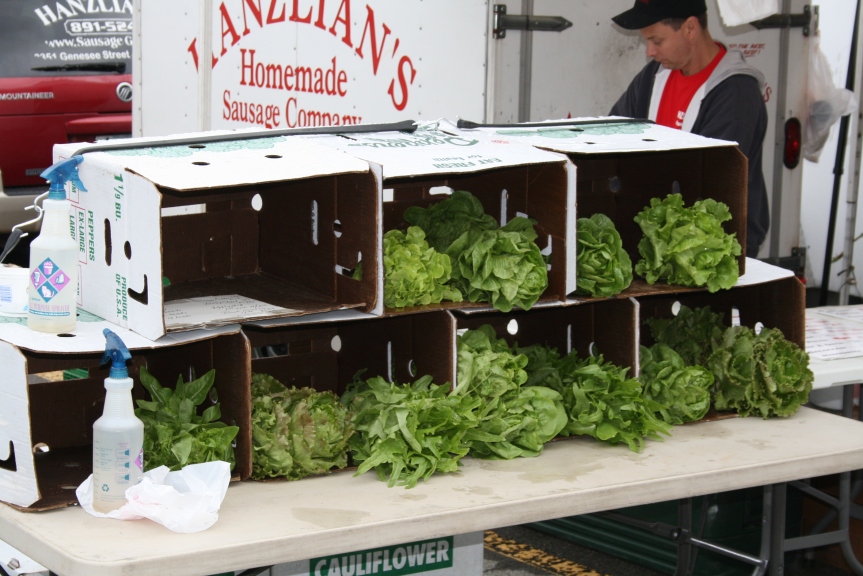 I bought a huge head of romaine…

…and a tub of garlic and dill goat cheese from a local dairy!  How awesome is that?

The farmers’ market lasts until Thanksgiving, which surprised me since it’s so much cooler here, but I can’t wait!  I LOVE fall and winter vegetables, like squash.  And pumpkins.  Don’t even get me started about pumpkins.

From there we headed to the Roycroft Festival.  This year they separated the different types of booths: the painters were all on the front lawn of the middle school (which is where they normally are), the “flea-market” types were on the Roycroft Campus (across the street from the middle school) and the Roycroft artisans and their (MUCH more expensive) wares were in the parking lot of the recently remodeled elementary school (complete with stone fireplace and leather couches in the lobby!).  We bought some kettle corn (Andrew’s weakness) and walked around, taking in all the local pottery, metal works, wood works and jewelry.  Once we get a house, we want to buy the numbers of the address in the traditional “Roycroft” typeface to put up. 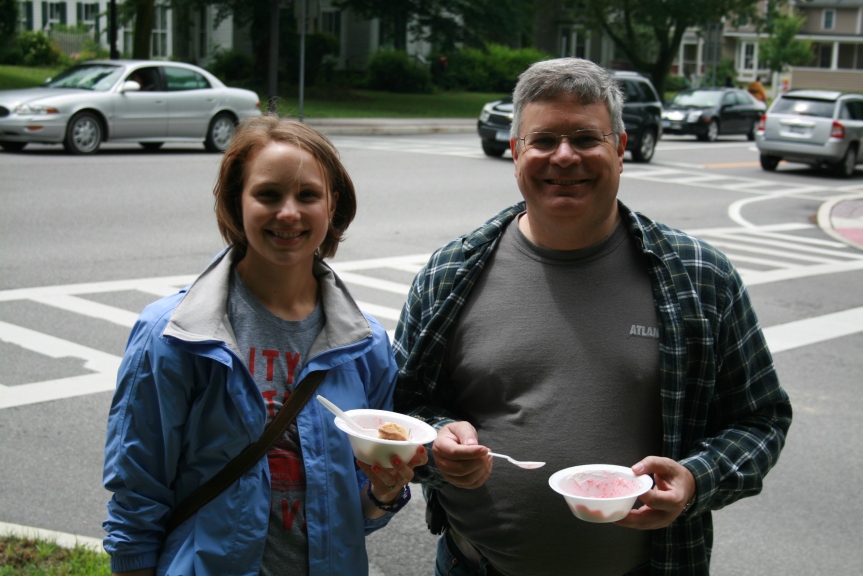 One of the local churches does a strawberry festival during Roycroft weekend every year, so we indulged a little on those before heading out. 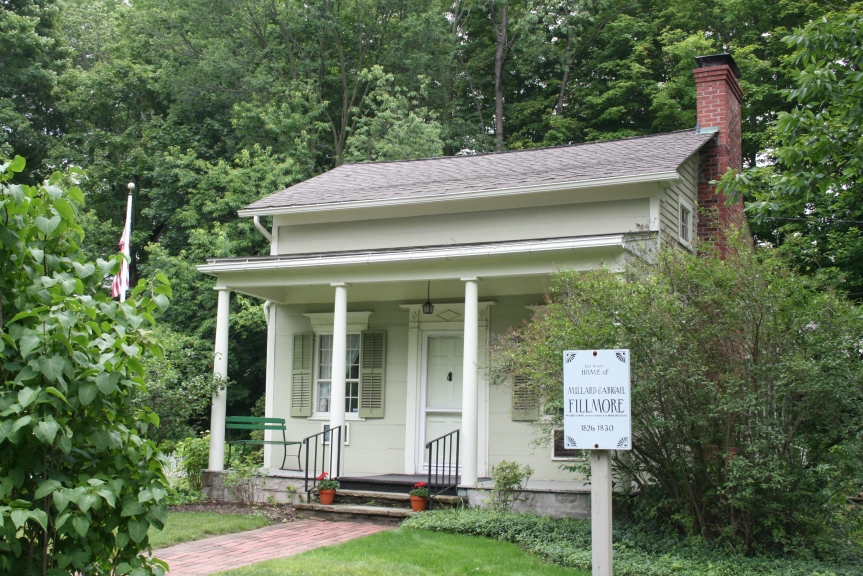 We happened to park in front of Millard Fillmore‘s (13th president) house, but unfortunately, it wasn’t open for visitors today.

Going to a friend-of-a-friend’s pig roast this evening, I think.  Should be interesting–let’s just hope the rain holds off!

The 5th Annual Turk-EA Trot went off without a hitch! We had beautiful weather, top-notch volunteers and a whopping 352 runners! There are too many people to thank here, but one thing I’m grateful for this year is all the help I had pulling off this race. I’m already looking forward to next year! #turkeytrot #turkeatrot #thanksgiving #eastaurora #eastaurorarunners #racemanagementsolutions
Loading Comments...
%d bloggers like this: