I’ve mentioned a couple times that I’m planning to do my first triathlon in August.  (Technically, my second.  I did an ‘indoor tri’ at the Y and–spoiler alert–I finished far and away on top.)  I swam up through highschool (and have tried to stay in the pool on a *fairly* regular basis since then), I teach cycle at the Y, and I run regularly.  For awhile now I’ve felt like doing a tri would be a no-brainer, I simply haven’t ever felt like it was ever a good time to start training.  I’m not sure what it is about this summer, but THIS SUMMER I feel the need to do a triathlon.

However, there are (were?) a few hurdles to overcome.  First, I don’t own a road bike.  Second, I’m actually AFRAID of road biking.  (Seriously.)  It’s an irrational fear, likely related to some random bike accident as a child (there were many), and just about the only biking I’ve done in the past two decades was either on my little Townie here in EA, or on one of the many bike tours we’ve gone on in Europe.  (And let’s not forget that time we went ‘mountain’ biking with our friends in Ohio that was more like riding on a trail and in which my heart was in my throat THE ENTIRE TIME.  I’m pretty sure I actually cried at some point that day.)

Let’s just say biking has never really been my pastime of choice.

But, I wanted/decided to do a triathlon–which requires that one ride a bicycle for a portion of the course–and therefore I would need to face my fear once and for all.  I put out a request to borrow a bike for the summer, and a good friend came through with an actual racing bike (!!!).  Turns out his daughter is a triathlete and left her ‘beginner’ bike in his garage.  What a blessing!  Not only do I have a bike to borrow all summer, I have a NICE bike to borrow all summer! 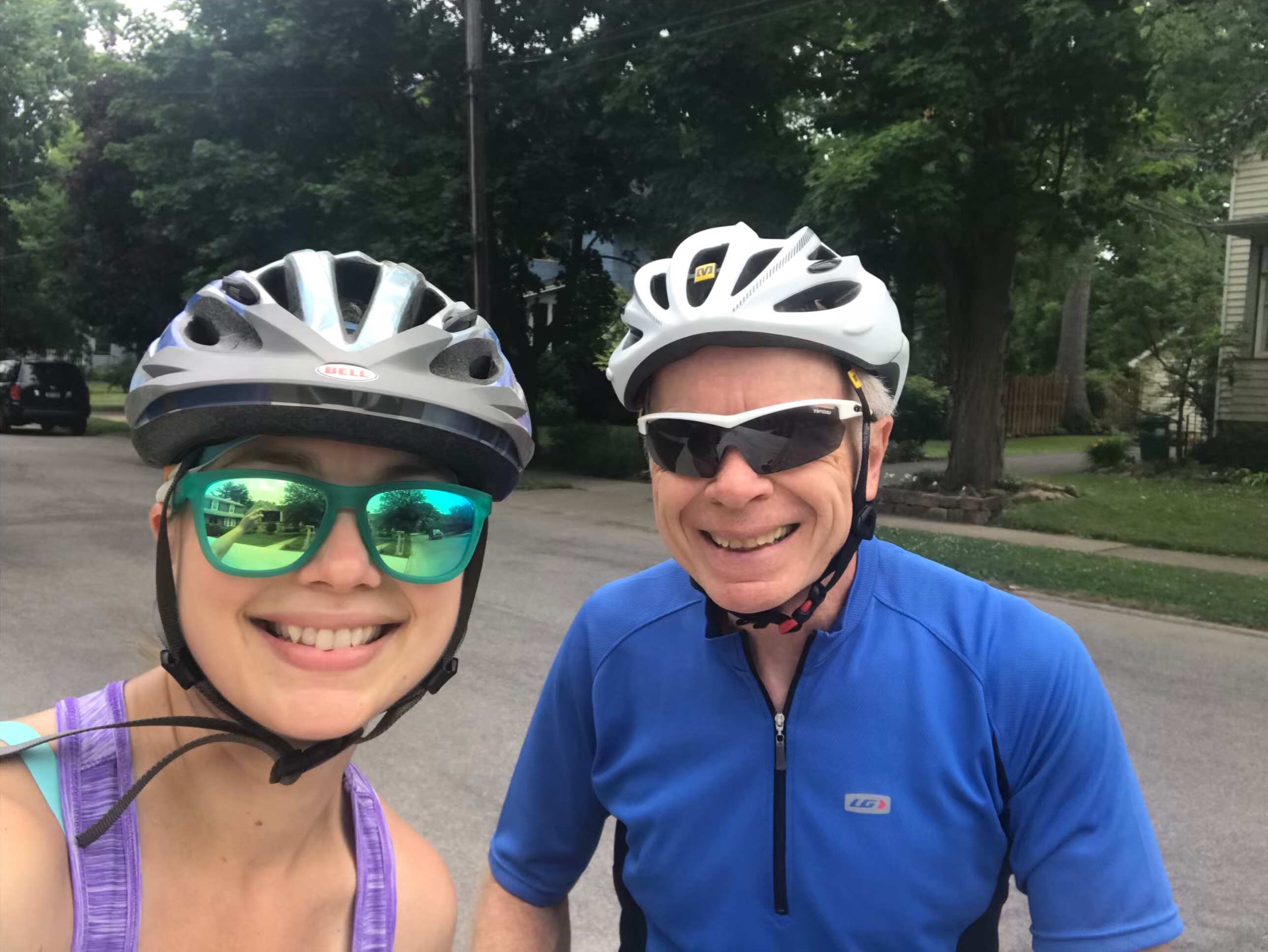 Dale, a road biker and triathlete himself, was kind enough to show me the ropes this week and take me on my first ride.  It was a bit unnerving to start off leaning SO FAR FORWARD on a road bike with SUPER SKINNY TIRES after not having been on a bike in at least a year.  It took me a street or two to get my legs and hands in the right positions, not to mention figuring out the gears again.  We ended up doing about 10 miles on the bikes, and then attempted a short run afterward.  (I say ‘attempted’ because I didn’t realize how heavy my legs would feel after riding a bike!  Between that and the rising temps, we made it just over 2 miles before we cried uncle.)

I’ve also joined the community pool to do laps–it’s going to be a fun summer!