Well, maybe a little less new since I’ve been running in them for about a month now, but they’re still very new and a VERY different style.

For the last decade or so, I’ve worn two different but similar styles of running shoe: the Brooks Adrenaline or the Saucony Hurricane.  I’ve never had a problem with either, and they both provide a little more stability and cushioning than neutral shoes.  I’m a bit of an over-pronator and not *exactly* the typical, waif-like distance runner featured in magazines.  (OK, not even CLOSE to waif-like…minimalist shoes are not for me!)

Recently, I’ve noticed some running friends wearing a different shoe that looked intriguing to me.  They’re on the larger side with a thick sole and large toe-box, and my friends RAVED about them.  They were wearing Hokas.  Hokas have extra cushioning, a ‘rocker’ that tilts your foot forward ever so slightly and promotes stability in the heel, all while being lightweight and sturdy.  I decided I didn’t have anything to lose by trying them. 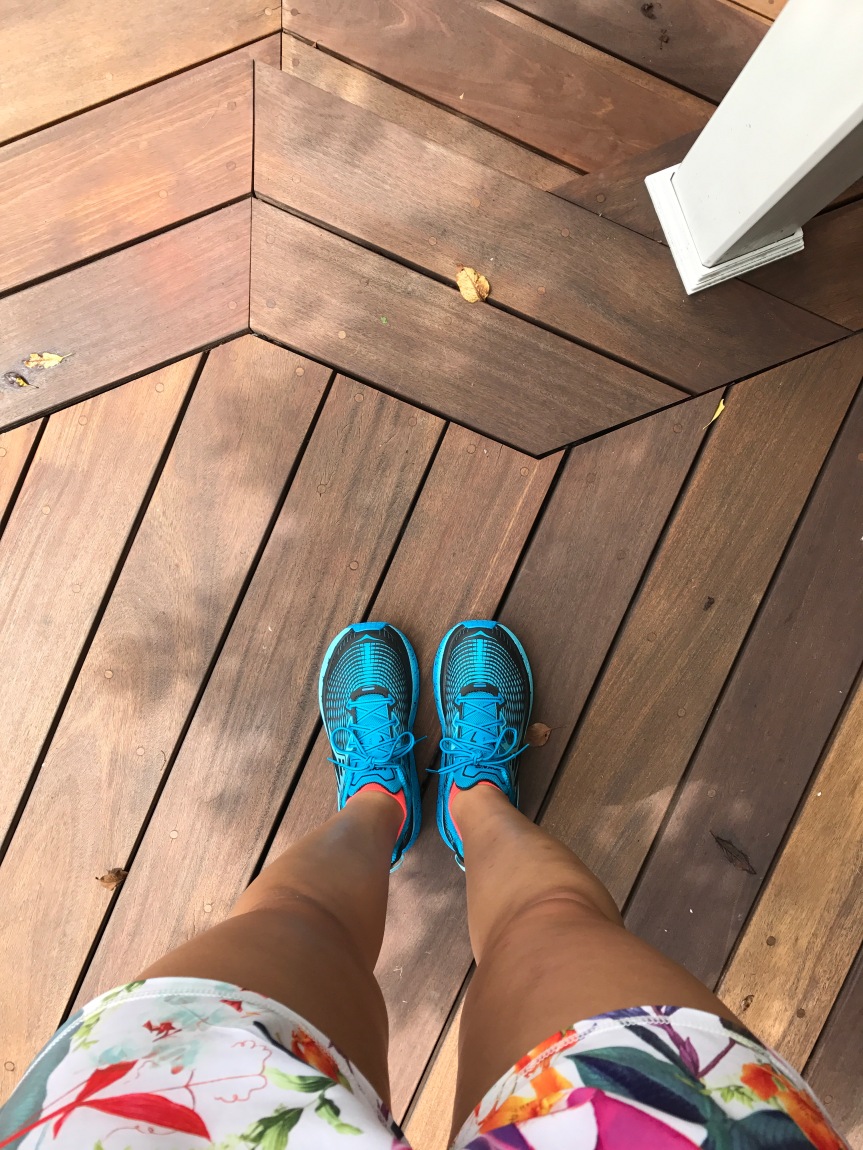 Instead of ordering online (like I do with shoes with which I’m already familiar), I decided trying them on and discussing with a running shoe professional would be worth the premium I’d pay at the store.  Thankfully, our local running store was having their bi-annual sale and I was able to get a discount.  I appreciated talking with the guy at the show store, who certainly knew more about Hokas than I did!  I went with one of their highest greatest stability options, the Gaviota.

I also brought my current running shoes with me to the store (always a wise thing to do, especially for new runners), where the salesperson helping me directed my attention to the wear on the outer edge of the shoe. (See photo below.)  I couldn’t believe how much I’d worn off in just a few months!  I wasn’t surprised about the location; I’d recently noticed wear in the exact same spot on my Birkenstocks.  I’ve been wearing the old ones on shorter runs, to keep my Hokas fresh for the marathon.

The verdict: I love the Hokas!  They really do feel different than my other shoes.  I feel like I’m hitting the ground more with my forefoot than my heel, and I feel lighter and ‘bouncier’ than I did with the others.  I’m glad I gave them a try!