We spent one of our days in the Burgundy region driving along Rick Steves’ ‘Back Door’ drive.  Having a rental car really allows you to see way more than if you simply were to rely on public transportation.

Our first stop was Chateau en Auxois, which used to be a castle on a hill but is now just a quaint town with a café and a great view. We grabbed a cup of coffee and some photos before taking a quick stroll around the village. 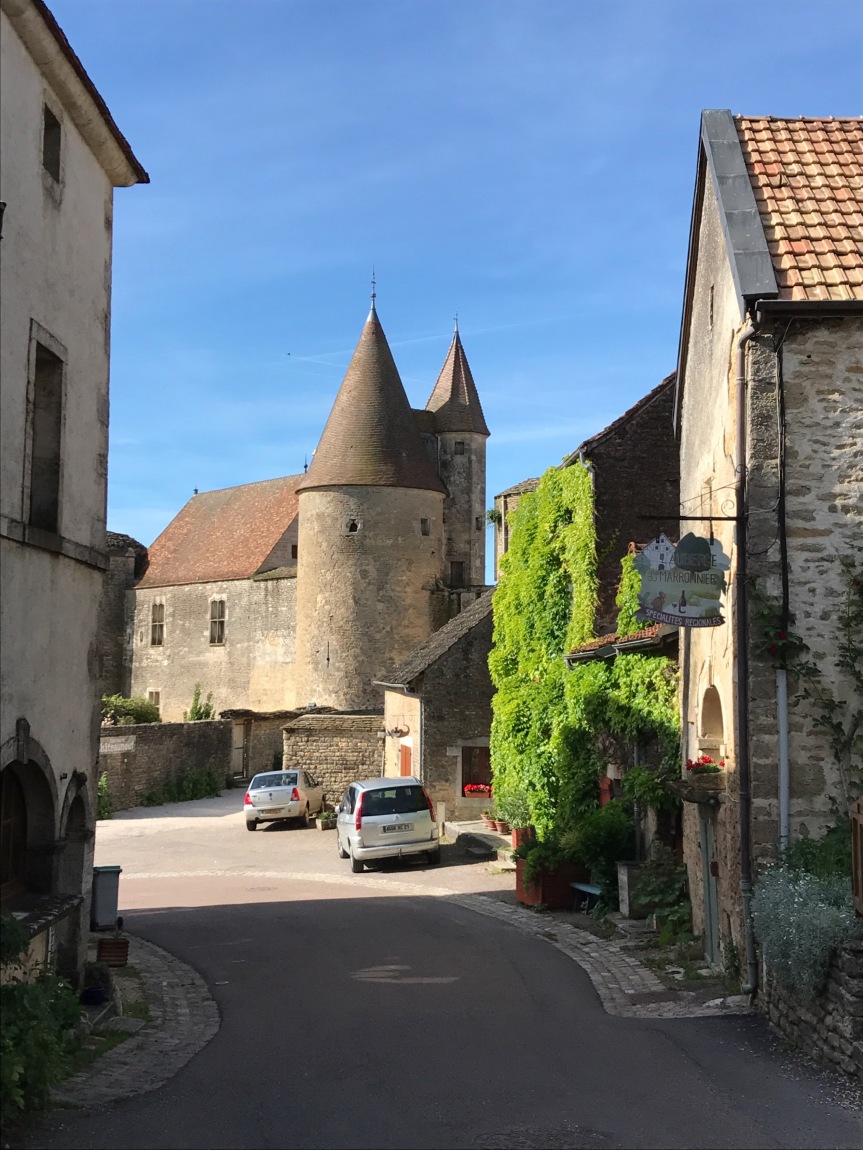 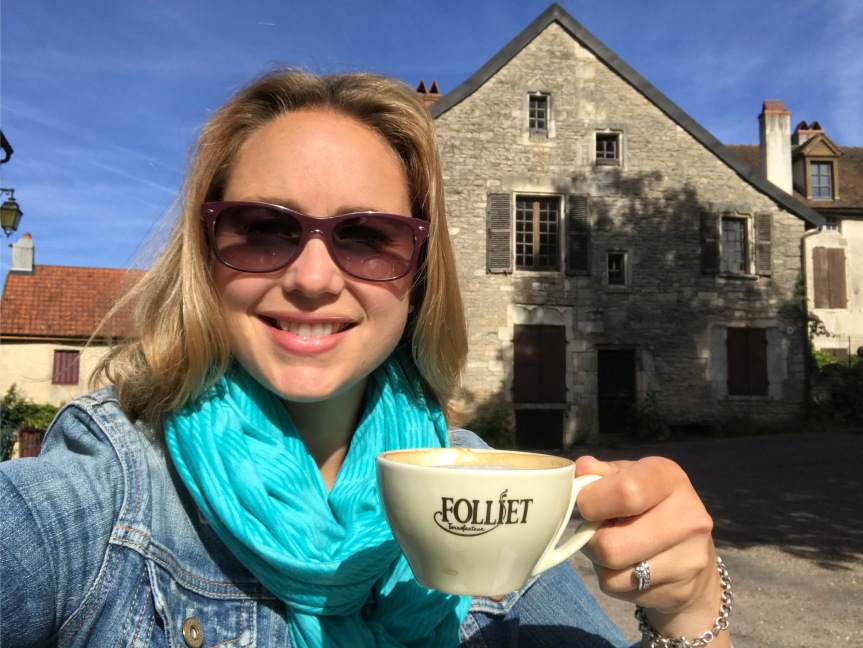 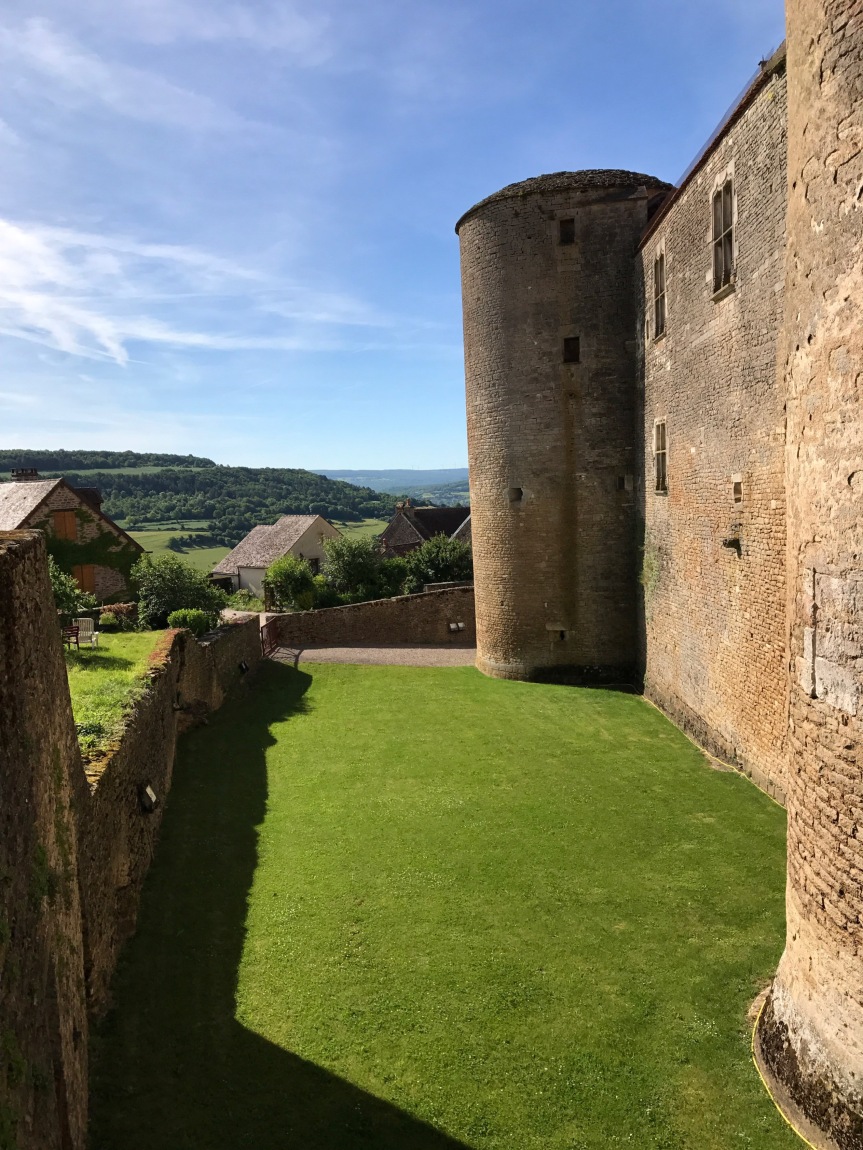 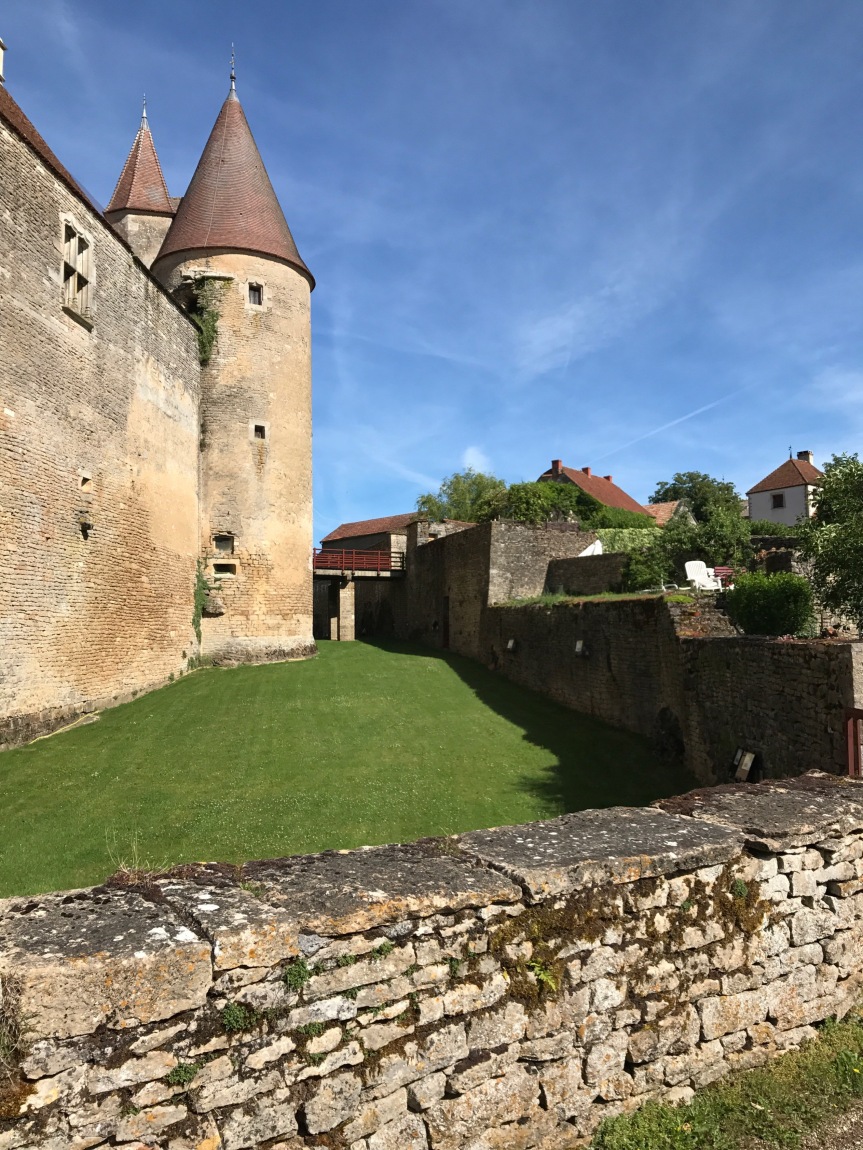 MuséoParc Alésia was our next stop, a new museum on the exact spot Julius Caesar defeated the Gauls in 52 B.C. 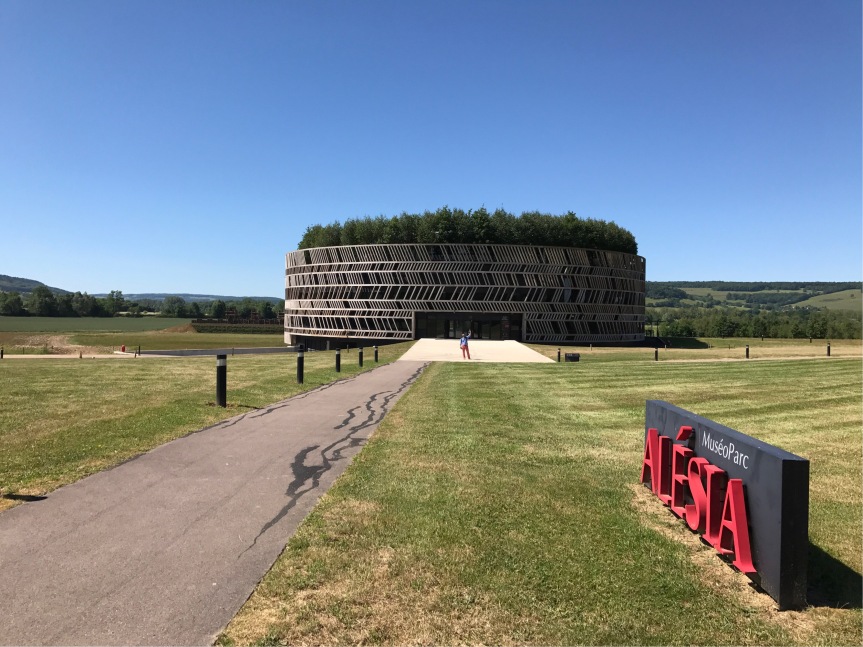 When we arrived, a group of students were watching a show, so we headed upstairs to the exhibits.

The museum did an excellent job presenting tons of information about both sides of the fight, from weapons and uniforms to differences in encampments and strategy. 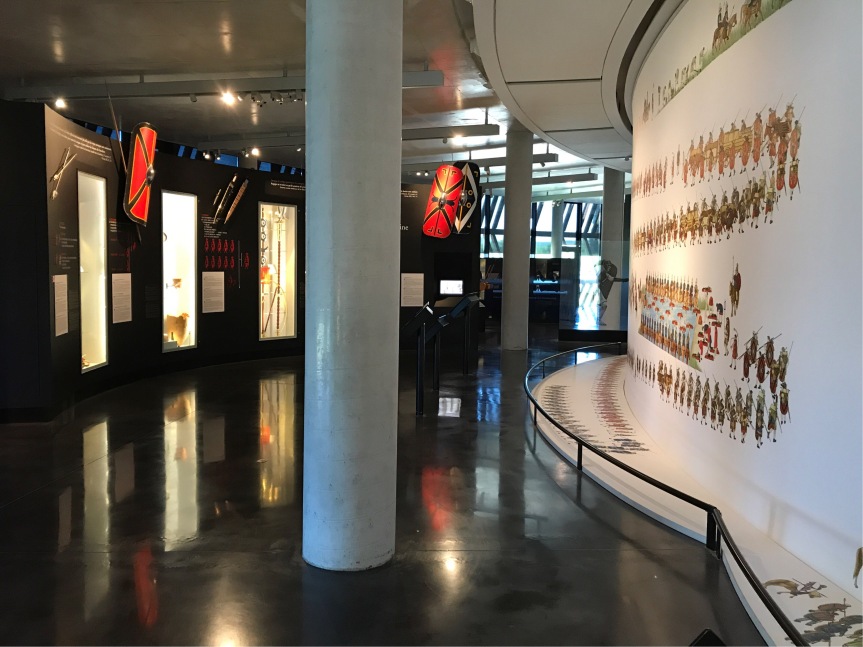 There was even a short film depicting the epic battle, which started with Julius Caesar (supposedly) feeling reluctant to attack the Gauls, progressing in time as the Romans were able to surround and cut-off supply lines to the Gauls, and the eventual surrender of Vercingetorix, the Gaul leader.

The museum itself is circular and the top is a garden with views of the battle sites and descriptions.

Our third stop was the village of Flavigny-sur-Ozerain for lunch at The Grange, a Rick-recommended, legit far-to-table spot.  It was a little like a cafeteria, where you grab a tray, choose your food and then find a table.  The restaurant was hosting a giant group of hikers inside, so we happily sat outside at the tables under the umbrellas.

The village is known for Les Anis de Flavigny, an anise-candy producer. 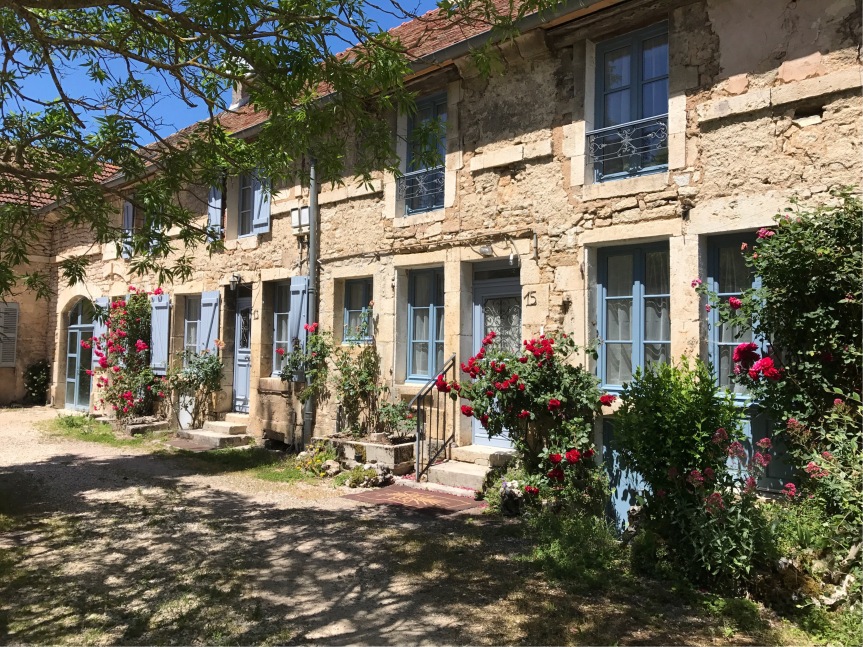 I personally HATE anise (I actually had to spit out the ‘original’ flavored candy I tried; the fruit flavors weren’t as strong), so we chose a couple tins of orange and lemon to bring home as gifts. 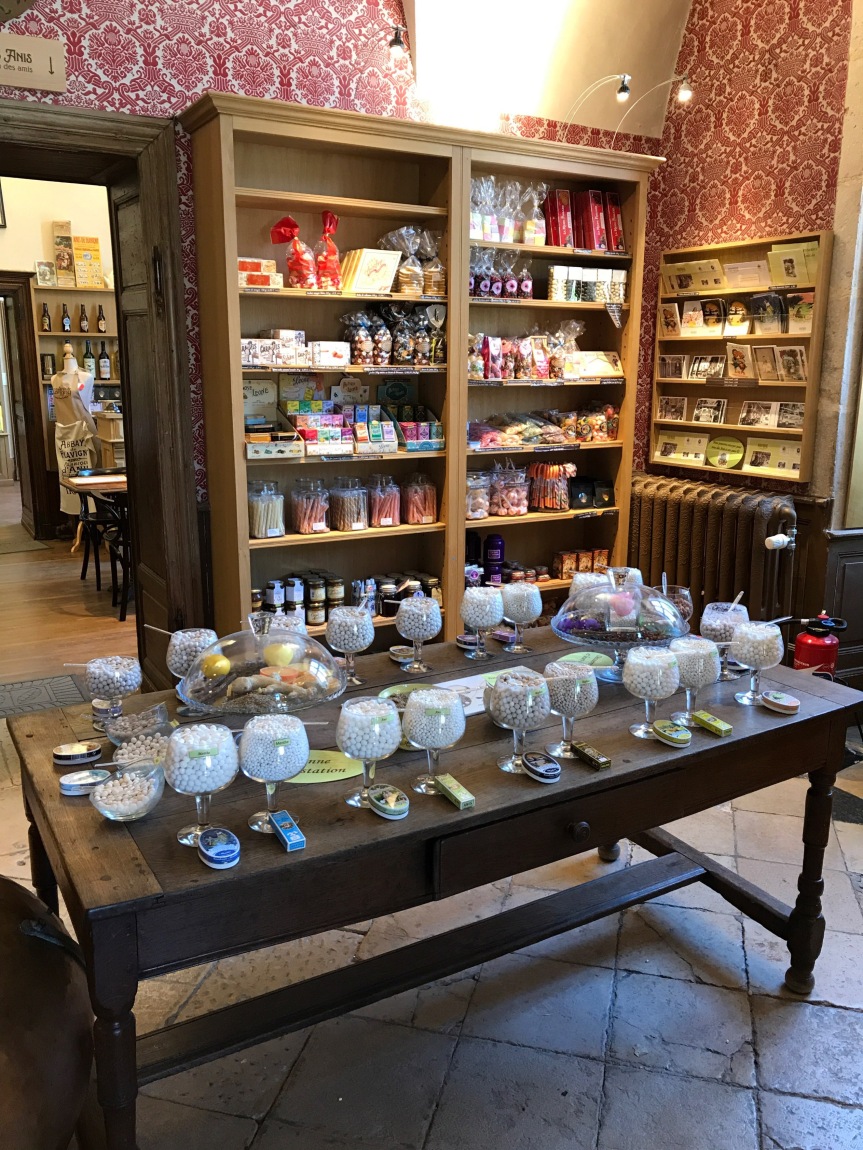 Afterward, we visited the Abbaye de Fontenay, which used to be an entire complex of buildings for a group of monks but is now privately owned and (much of it) is open to the public. 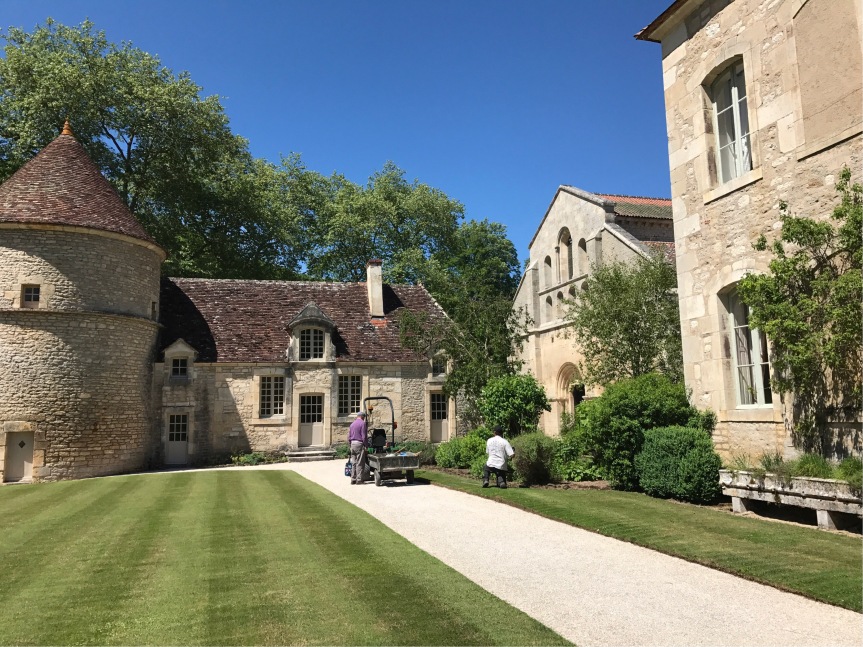 The monks even designed a water-powered iron mill (below). 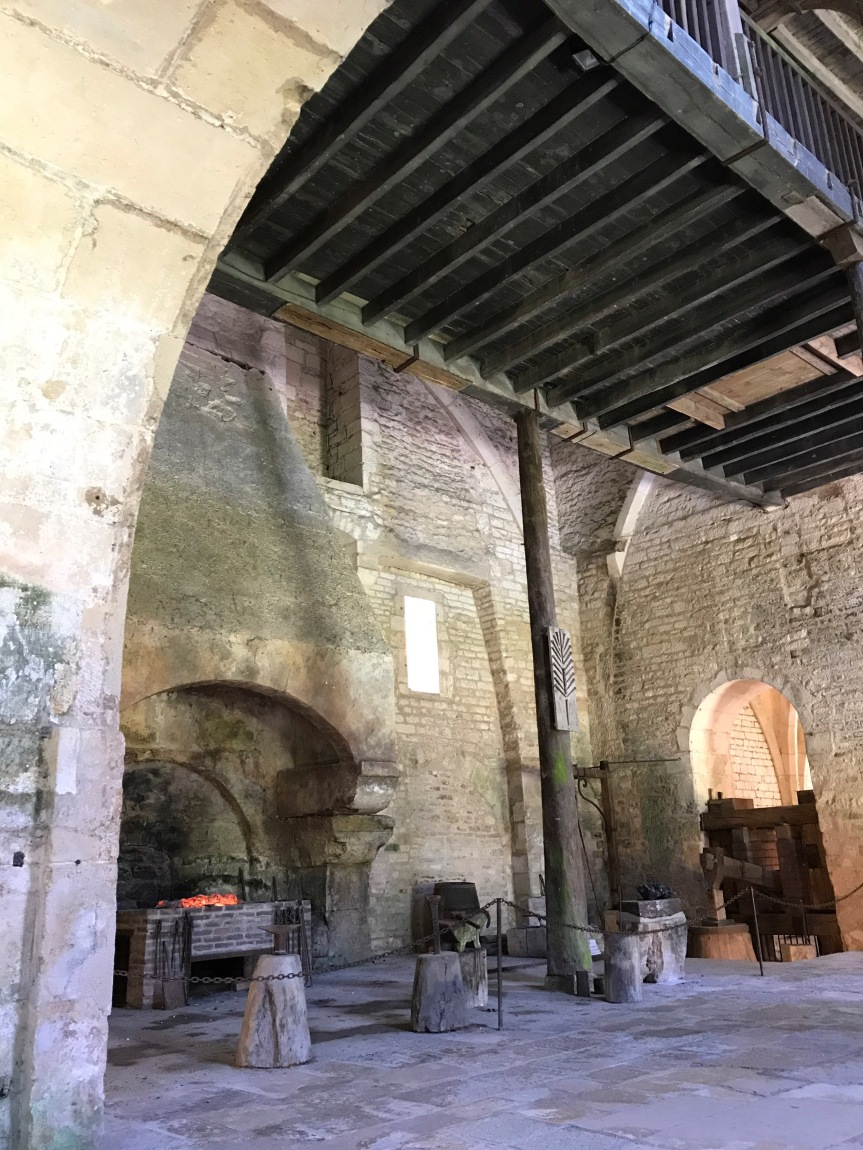 The abbey was a beautiful chance to stretch our legs after being in and out of the car so much in one day.  I’m so thankful we had nice weather for our driving day! 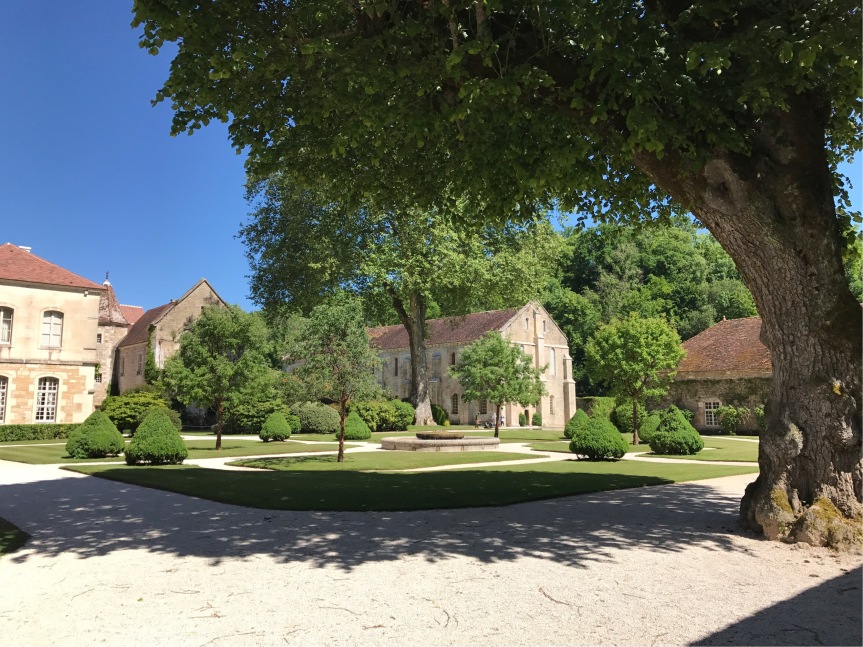 A quick shot of Semur-en-Auxoise from the road.  So idyllic!

Our last stop was Ferme Fruirouge, a cute shop in Concoeur that specializes in cassis products, like cassis ketchup and jams.  We took a jar of their ketchup home and I was able to use my French to speak with the young girl behind the counter.

We did fit a quick wine tasting in (this was a driving tour around Burgundy, after all!) before heading back to Dijon.  We arrived with only 15 minutes to spare, and the kindly shopkeeper indulged us with a few tastes before closing up.  Next time, more wineries!