So I went to the Wyoming County Fair with the Nyes and their son, Adam, this past week. It’s fair week here in Western New York, and I’ve never been. We happen to live in Erie County, which apparently boasts one of the largest–if not the largest–county fairs in the county. Our neighbor county to the east, Wyoming, hosts a much smaller fair, and one in which the livestock play a much larger role. 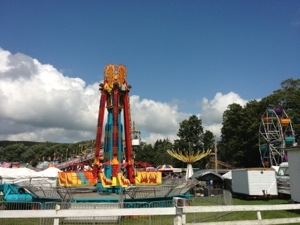 People, I have never felt like such a city girl in my whole life.

The animals and their pint-sized handlers ( kiddos from 4-H and FFA) were definitely the stars of the show. We walked through barn after barn full of animals: 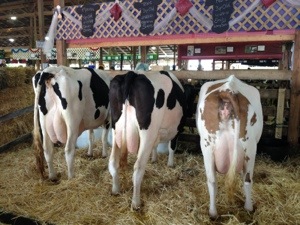 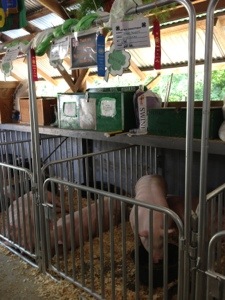 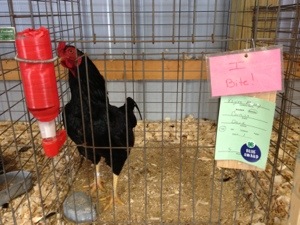 In addition to the myriad animals we saw being shown, we also walked through barns of other entries, including produce, baked goods and art: 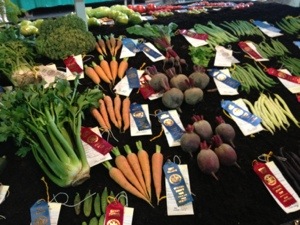 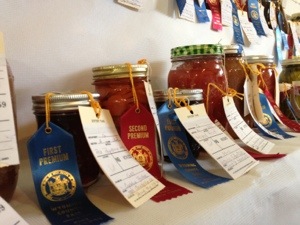 And of course, there was the fair food:

I had a great time at the fair with my dearest of friends, and it was extra special knowing that Mr. and Mrs. Nye grew up around here. In fact, Mrs. Nye used to enter the pie contests and win–hence, ‘Mrs. Nyes’ Pies.’

Now, I’ll just have to get to the Erie County Fair one of these years to be able to see the difference, and what a difference there will be (I’ve been told).

2 thoughts on “cows are huge (and other observations)”

If there was ever an award for ‘best color-coordinated outfit’ in the teal category, I’d surely win it today. #toomuchteal #nike #oldnavy #athleta #garmin
%d bloggers like this: